Lifeline Independent Baptist Church began officially in Grenville, St. Andrews, Grenada on April 2, 2017. Each week, we currently have Sunday School, Sunday morning and evening services, Wednesday Bible study and prayer meeting, Thursday soul-winning, and a Friday Youth Meeting, followed by a half or full-night of prayer for the men. At present, we are seeing an average of 50-60 in attendance on Sunday mornings, and around 30 for others services.

In summer of 2017, we implemented a Children's Bible Club weekly during summer. We saw an average of 35 children each week, with a number of salvation decisions. Once the summer ended, a number of those children became faithful to our Sunday services. This led to a great need for a children's worker in the ministry.

God led Lok Man "Coco" Chan to our ministry in late 2017. She had labored in Trinidad for 6 years, especially reaching out to the local schools, teaching Bible in their religious instruction classes. Grenadian schools are not required to have this instruction, but God still opened the door for Sister Coco to teach her Bible classes in seven schools and institutions around Grenville. She had also taken over the children's Sunday school class, and has implemented a year-round weekly Children's Bible Club, which runs concurrently during our Youth Meetings. She also is instrumental with the children's choir, and has been a huge blessing in her time with us!

We put much emphasis on the youth, and praise God for a youth group (ages 12-35) of about 25 young people. We are praying for God to really work in the young people's hearts about serving Him.

We celebrated our first anniversary on March 25, 2018 with our charter service with about 110 in attendance, with 11 charter members officially joining the church. We also had our second baptism service, with three following the Lord in believers' baptism. In the first year of ministry, we saw approximately 75 professions of faith, and 5 baptisms.

By mid-2018, we had maxed out our space and began saving toward a piece of land and a more permanent church building.

The year 2019 brought about great blessings and some great struggles. We began Lifeline Baptist Bible Institute, with 4 men attending. We had our first revival services with Pastor Chad Braley in March, followed by our second anniversary as a church, and we had ladies group from Texas that came in the summertime to help us run a VBS, with 10 children saved. In the autumn of 2019, we added home Bible studies for our 2 shut-ins that could not attend services due to declining health.

In the summer of 2019, we started a bi-monthly ladies Bible study. We had seen some issues cropping up with disunity among the women, that needed to be dealt with. We praise God many of those issues have subsided. Toward the end of the year, we were seeing a much greater faithfulness among our adults and a desire toward spiritual growth. At the same time, however, we saw the exact opposite from many of our youth. They had grown less faithful throughout the year, and complacency had set in. This caused us to make drastic changes for 2020 concerning the youth program. Our focus became more on discipleship and leading them into a closer personal walk with God, rather than just constant "Christian" activity.

God used a number of churches and several individuals to give toward the land fund. In January of 2020, we were able to purchase a 34,000 sq. ft. piece of land, directly across from the house where Donna grew up! Between February and May, we erected a long-term, but temporary, 2000 sq. ft. structure, which includes the sanctuary, two Sunday school classrooms, a small office and storage area, and 2 bathrooms.

In 2021, we plan to start an independent Baptist Christian school. Most schools are run by the Catholic or Anglican churches+, including the government schools. At present, there are no other Baptist primary schools in the country. 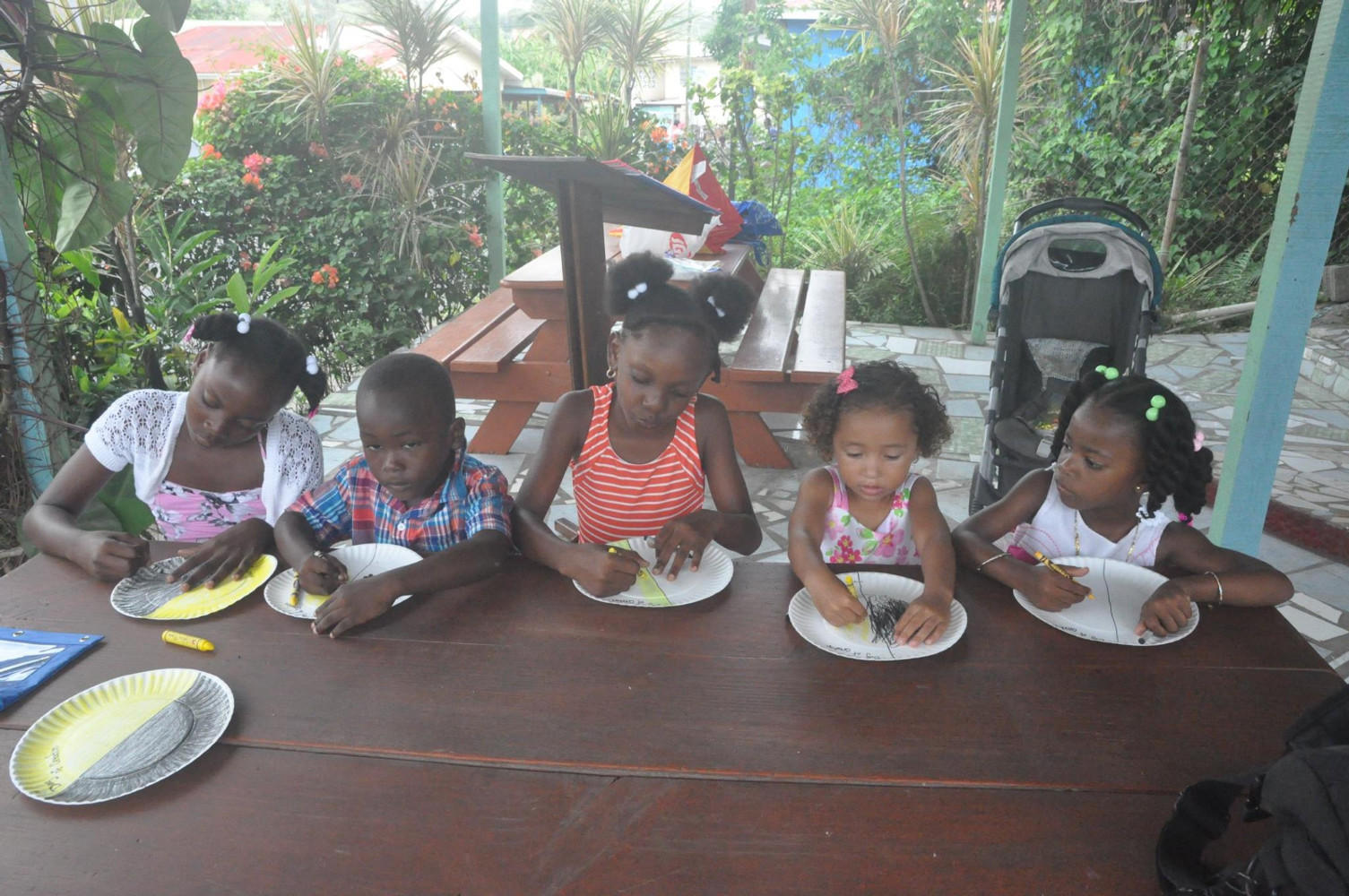 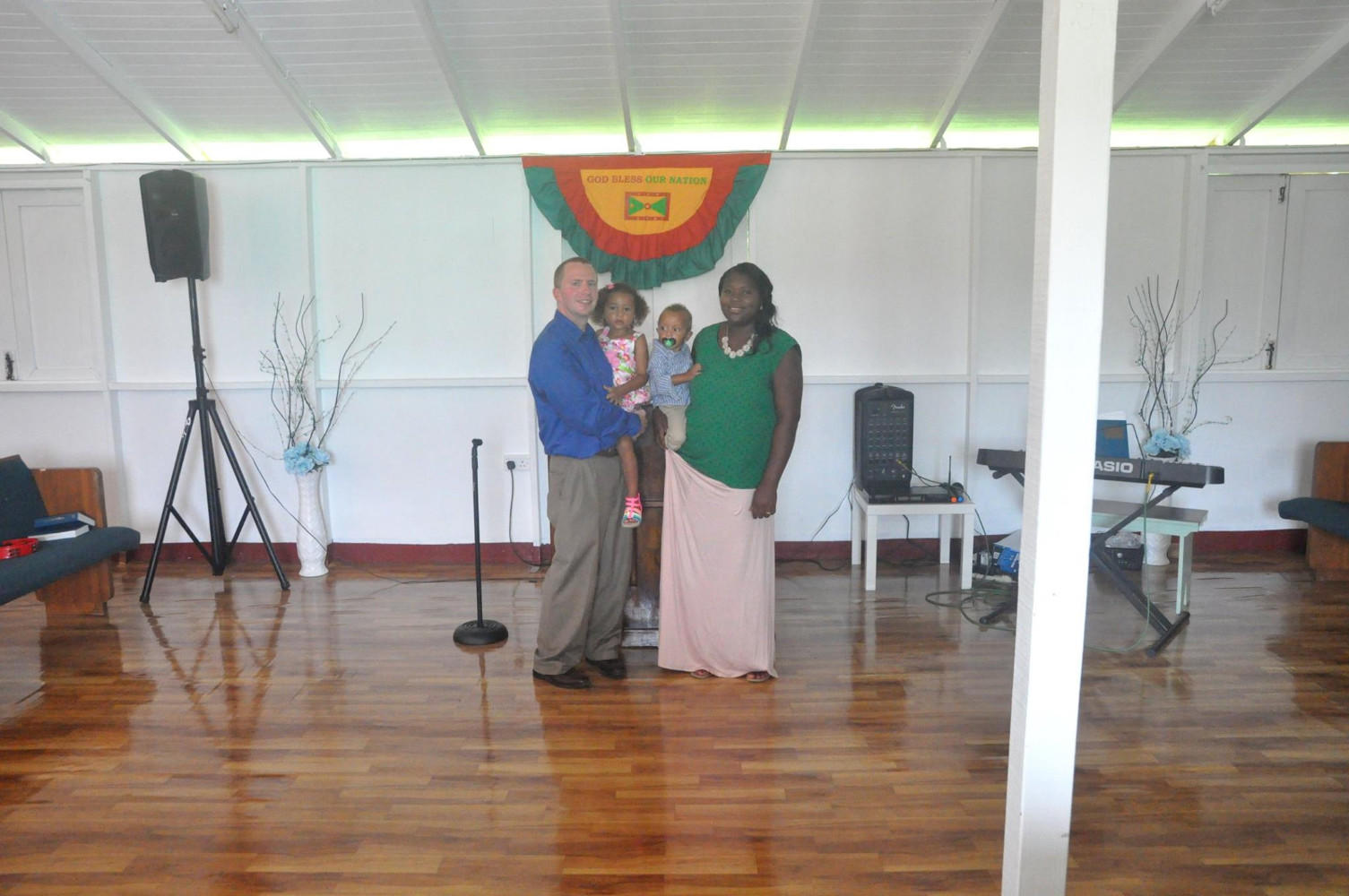 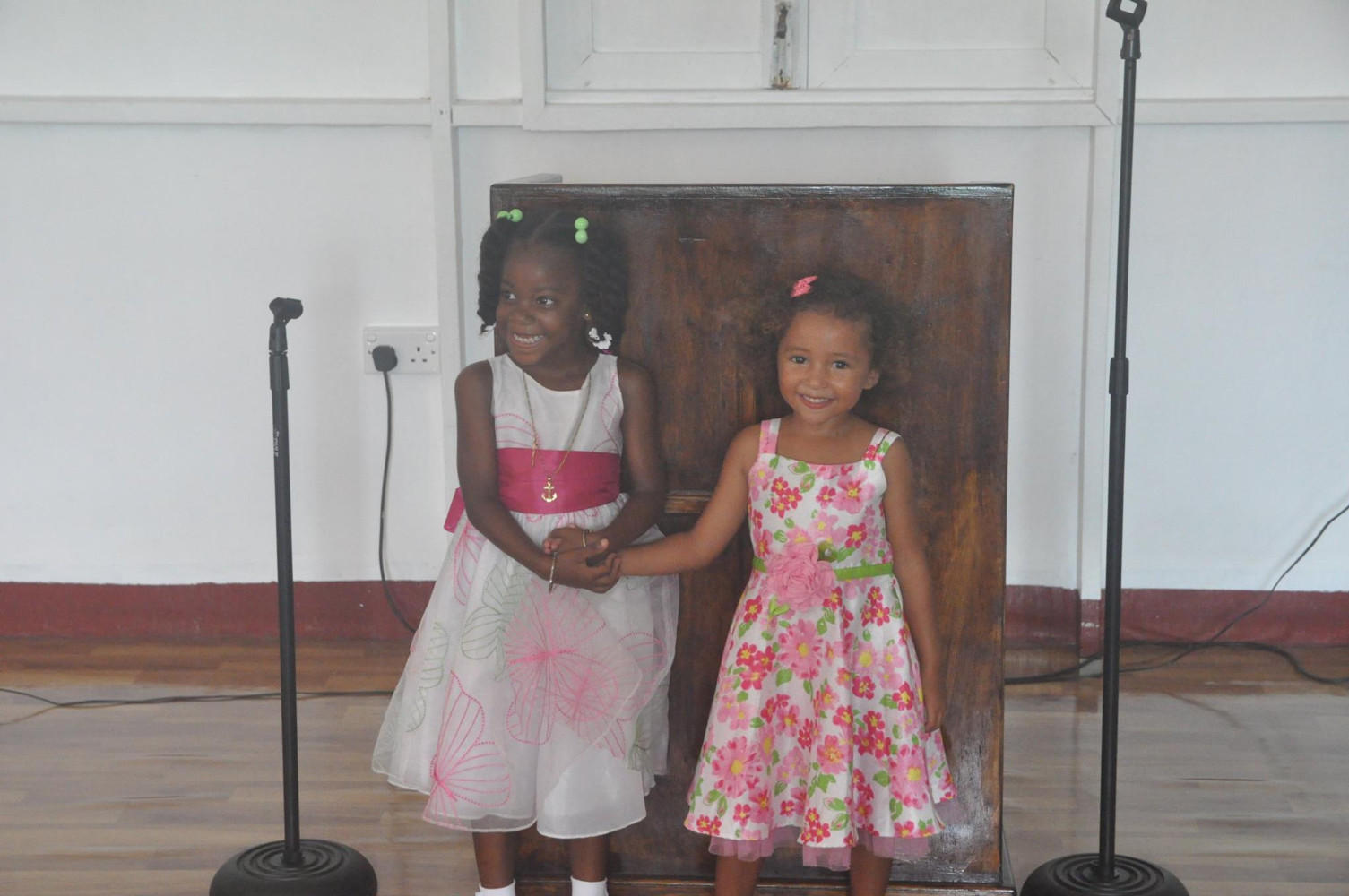 Brielle and one of her best friends 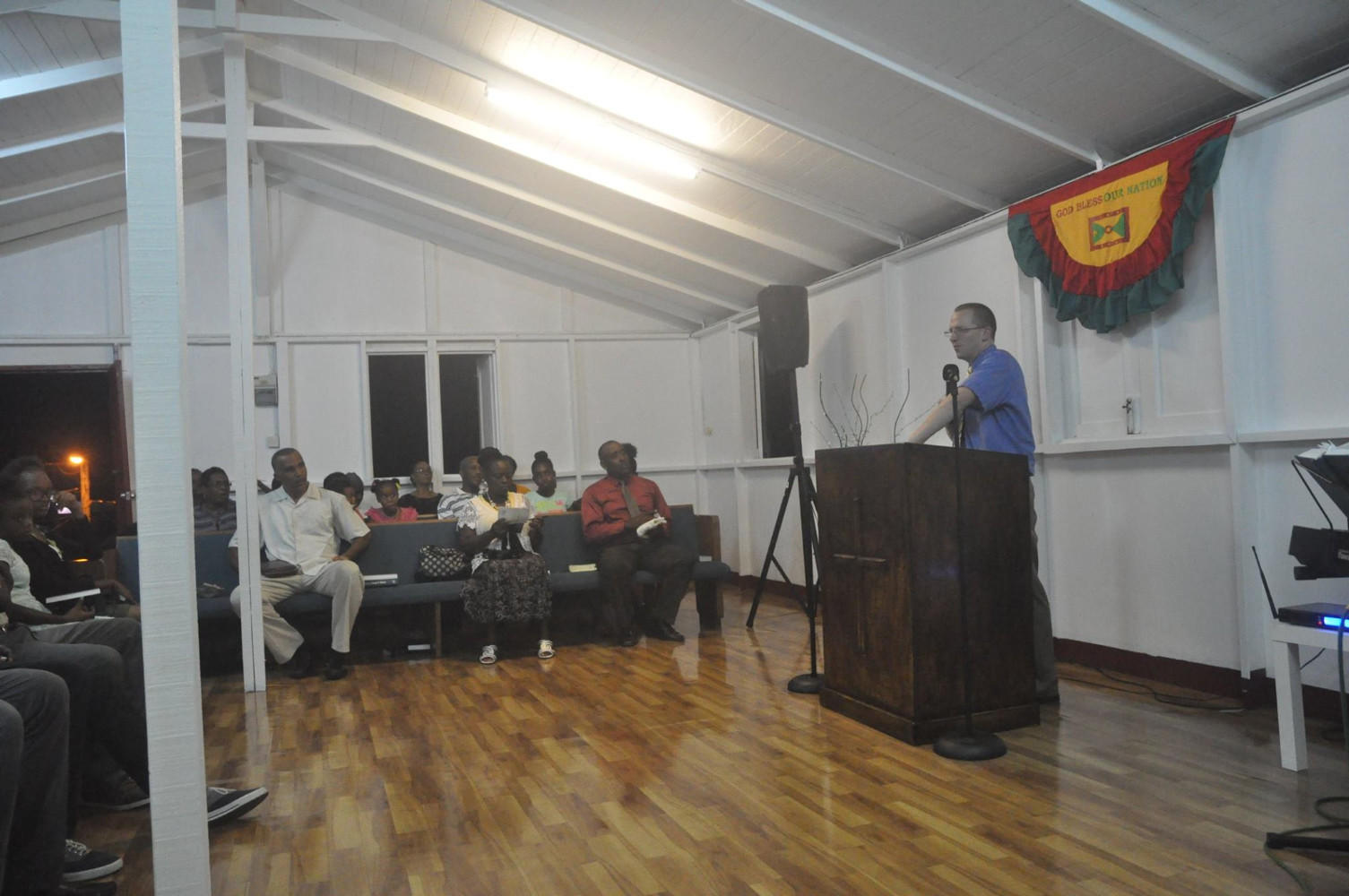 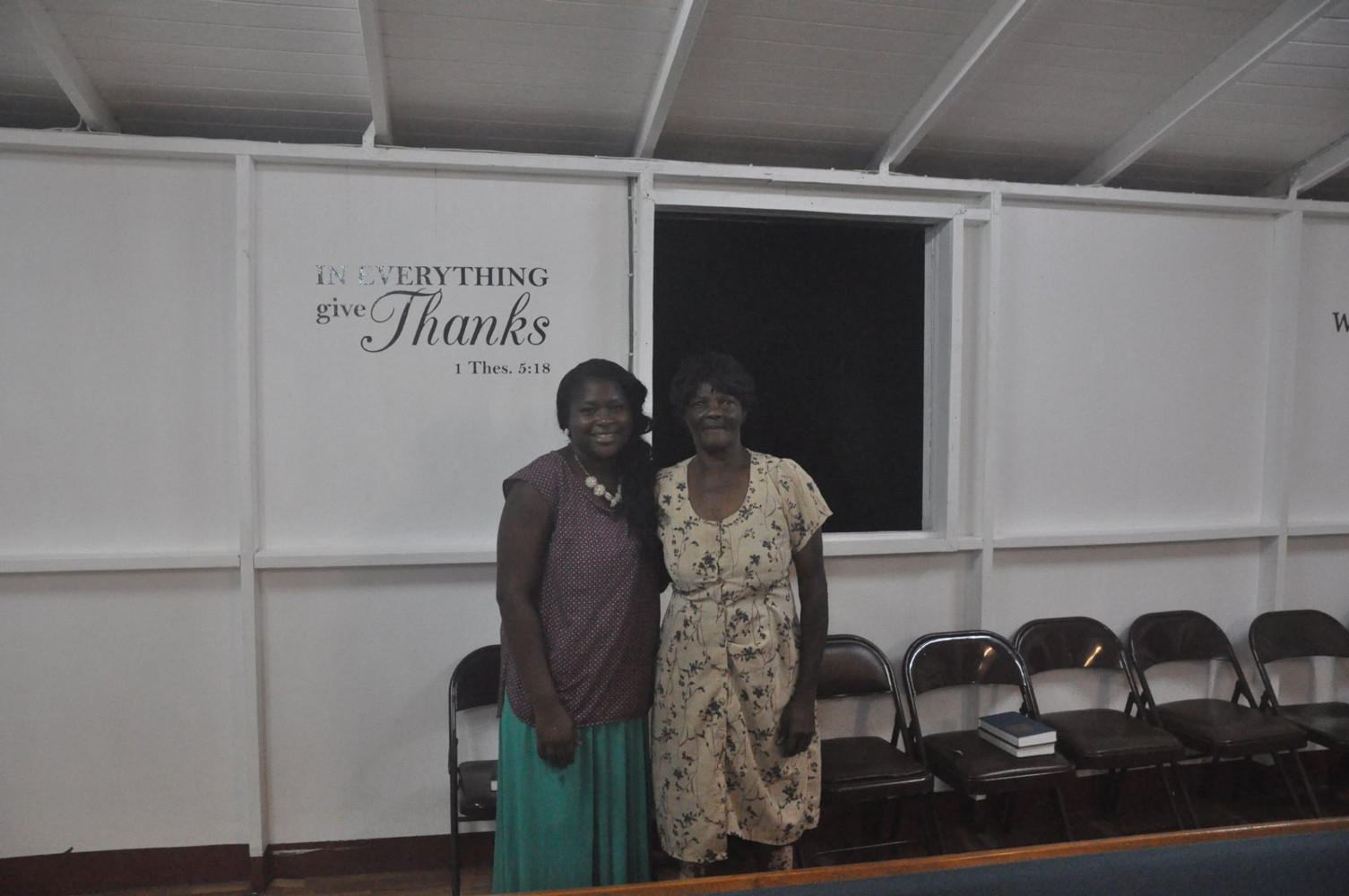 Sister Donna with Adeline, who accepted Christ on our first day at the church! 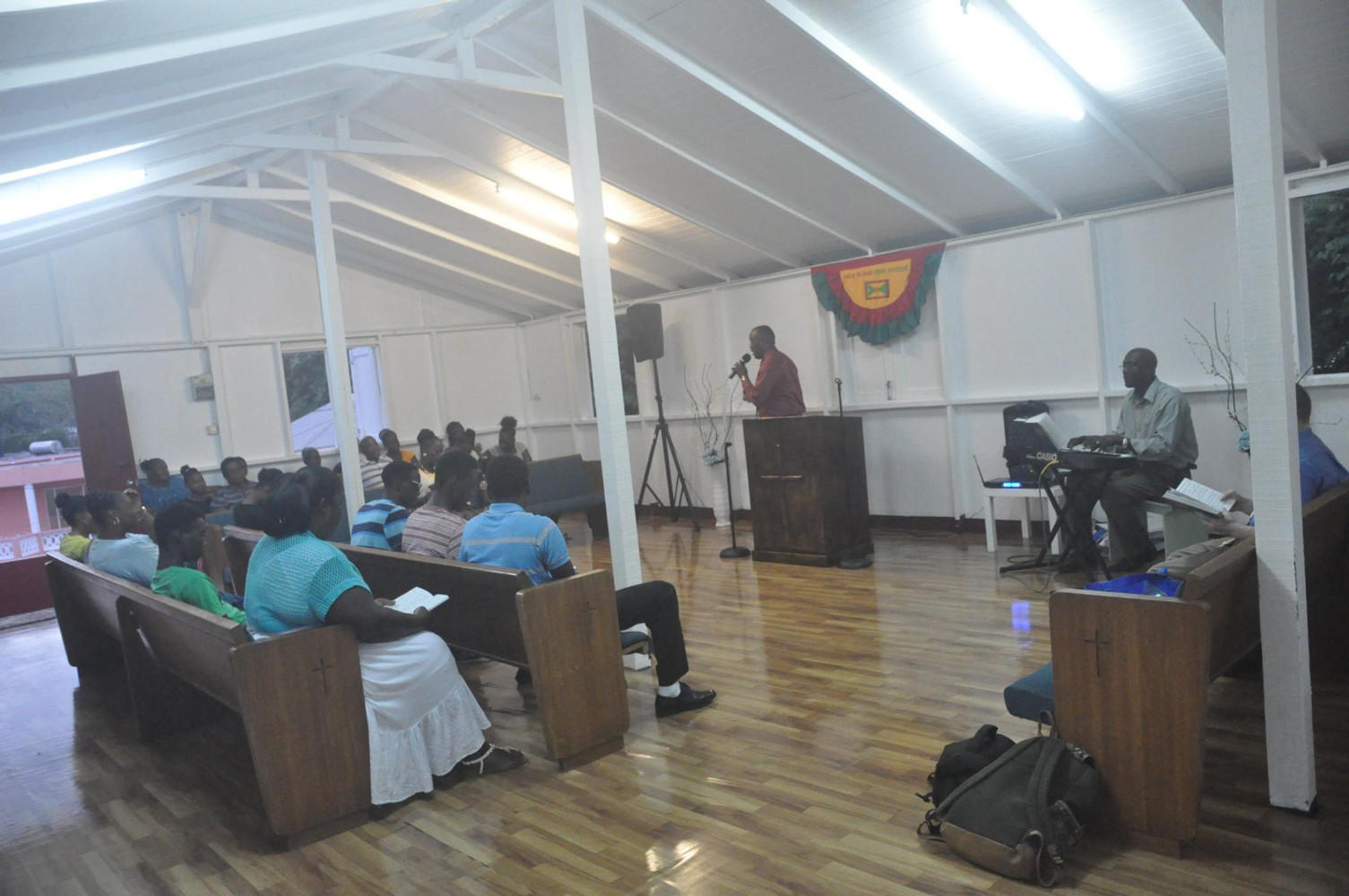 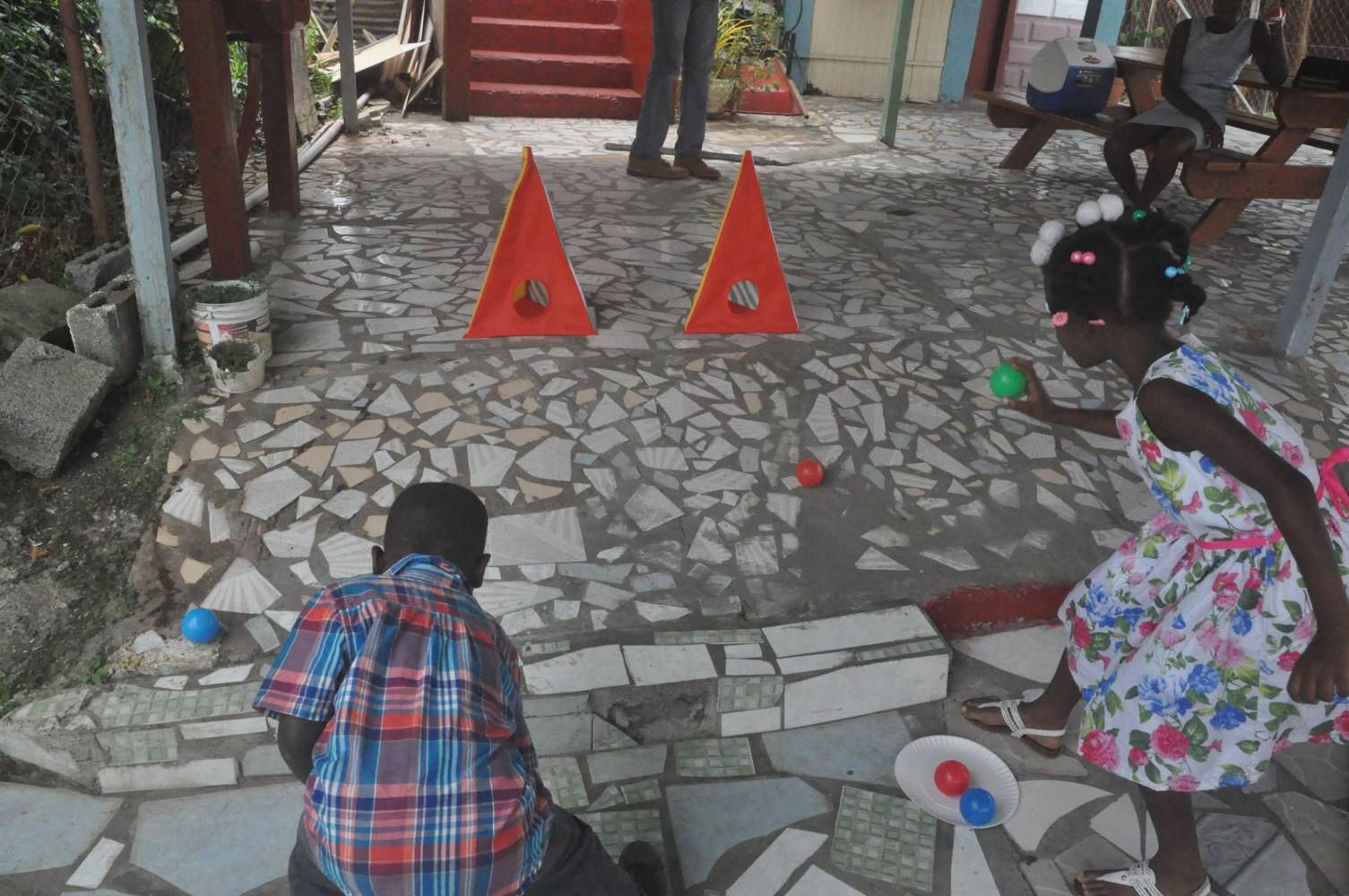 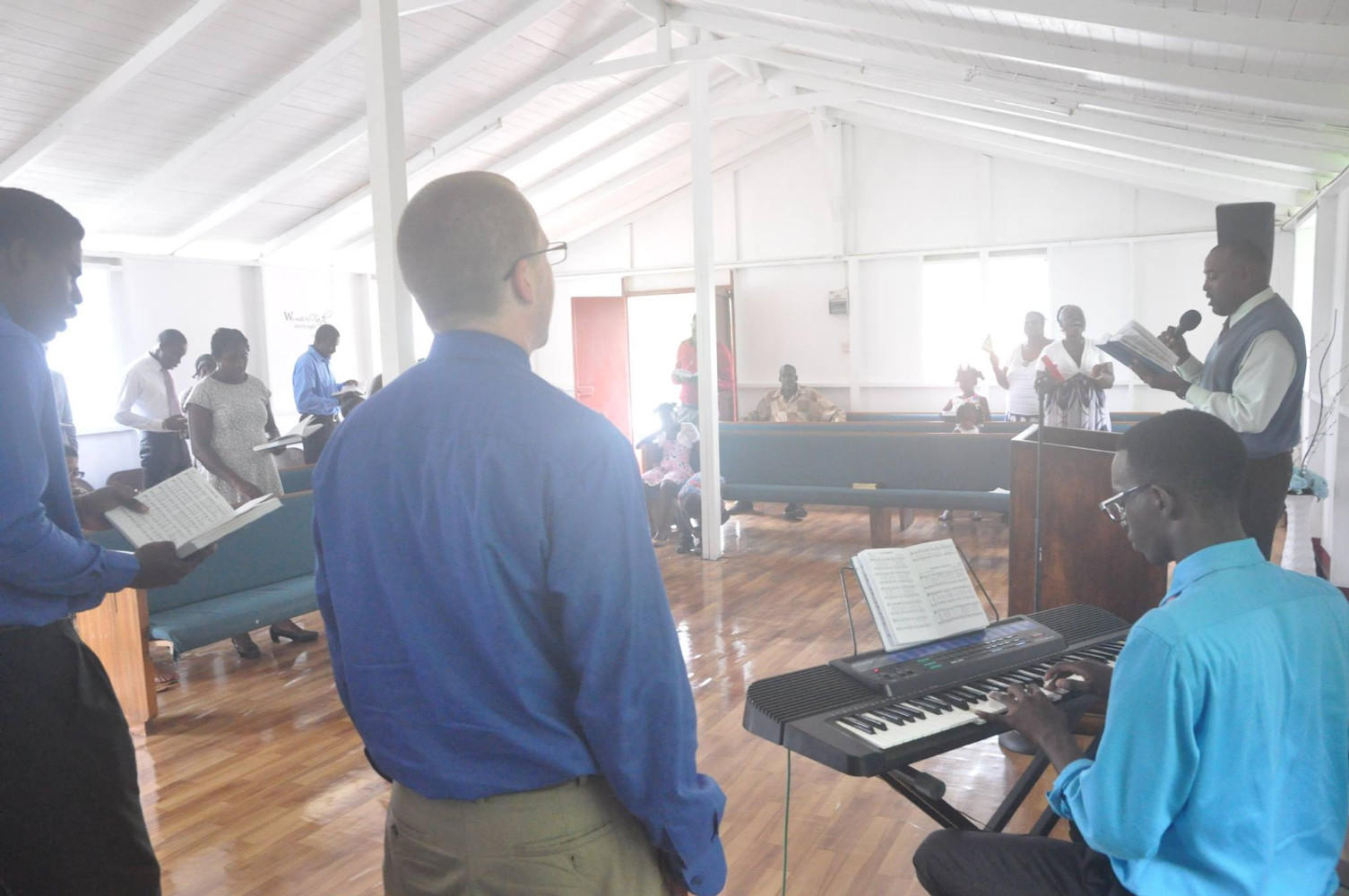 Brielle and one of her best friends

Sister Donna with Adeline, who accepted Christ on our first day at the church!